Zum Inhalt springen
“Brexit is one of the biggest heartbreaking moments in my life.”

“Brexit is one of the biggest heartbreaking moments in my life.”

Interview with Joel Baccas, anti-Brexit campaigner with a background in law. 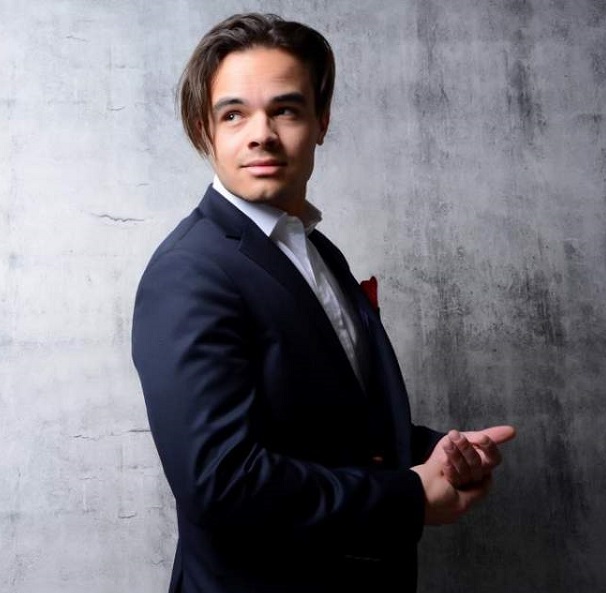 The European Union was founded to secure peace on the continent. The world had just seen two big wars, and most of the continent was still trying to recover from the aftermath. Cities lay in ruins. The society was changing. Europe was looking into the future, and the future of Europe was visioned as a Union – a peaceful Union with a growing economy.

The EU has its origins in the year 1950, when six countries came together, initiated by the French Foreign Minister, Robert Schumann. His proposal had economic and political reasons. He famously stated that „The solidarity in production thus established will make it plain that any war between France and Germany becomes not merely unthinkable, but materially impossible.“

Times have changed and people are known for forgetting the past and losing sight of what is important. The Brexit is a reflection of the times we live in. One country trying to get out of a union. One country believing it is better off without the laws, the values and the deals the members of the European Union benefit from.

The UK is not alone, all over Europe populists preach the advantage of strict borders and increase the number of people who think in means of us versus them.

There is hope, though. Public opinion in the UK is changing and there are people who fight for the UK remaining in the European Union. They protest, seek the truth, write articles, use the power of art and music to deliver their message. The message is clear and easy to understand for everyone who is willing to listen: Nobody wins by leaving the EU.

One of the people fighting for the truth is Joel Baccas and sacrificing sleep and free time to do what he believes in. He is writing law-based articles for BrexitShambles and InFacts and initiates different creative projects. He and a friend from Germany of also recently released a podcast.

Lacuna talked with Joel about the rights UK citizens will lose when leaving the European Union and about why the Brexit is a heartbreaking moment for him and Europe.

Joel: I like history. I love all the war stories and how the EU was born to make sure they wouldn’t go into war ever again. You only have to go to Belgium or France, and you see all the graves from the big wars. They happened not that long ago in the grand scheme of things. Brexit is an echo of the bad times. Brexiters seem to make a lot of references to the war. I wonder, why they are so pro returning to anything that echoes the past. We don’t want to spit in the past’s face or in the face of all the people who died for a peaceful Europe.

Which event triggered your “Anti-Brexit” activism?

Joel: I have always been pro-EU because I went to the European School when I was younger, and I was always around people from the continent. When I think about all the friends I make across the continent, it feels like ripping yourself out of that community.

When they announced the referendum, I thought only an idiot would vote to leave. Then the horrid day came where the vote to leave won. You look back at the Remain campaign and they hardly mentioned anything about the benefits of the EU membership.
One day, I was listening to a radio show and a Brexit supporter got asked which law he is most looking forward to getting rid of. He couldn’t answer the question. I studied EU Law, and I started looking at all the different laws that we are losing which will impact us negatively, and I started writing law based articles.

Give me a few examples of the laws that the UK would be losing.

In a no-deal situation, my driving license isn’t recognized in France immediately on the Brexit day. In Article 2 of Directive 20067126/EC, it says, that driving license should be mutually recognized. Once the UK is out that stops.

All the little laws have big impacts. Not one person can say, let’s get rid of this law, that’s going to be good for us. All I see is one big loss for us.

Which law would be the most devastating to lose?

Joel: Article 18 is a really interesting one and very key because it prohibits discrimination on grounds of nationality. Which means that because you are an EU citizen, you are treated exactly the same as a French citizen if you were living in France. Once article 18 protection disappears, you are a third country citizen, and you are not recognized by EU law as an EU citizen.

Brexit is a lot more complicated than the people who are argued for it made it out to be.

Still, there are a lot of Brexiters.

Joel: The media created this us versus them EU situation. Nobody ever communicated that we have an influence on all the European laws. A typical case of misinformation would be immigration. People said we have no control over our borders. As far as I can remember, not once did the Remain campaign bring to light that there is an actual directive on the freedom of movement. It says EU citizens can come to the UK for three months. After that period if they want to stay they have to prove that they can support themselves.
People were scared into voting to leave. That’s why I want to get the facts out there. Even if the facts aren’t good they are still facts. At least it’s the truth. That’s the heartbreaking part, the misinformation and how easily manipulated people are.

These days people don’t know which media to trust anymore.

Joel: Unfortunately yes. We are really in a situation where we don`t know which news sources are trustworthy. I mean, if they are reporting facts rather than giving opinions it´s more likely to be trusted.

But people are drawn to emotion.

Joel: That’s why Brexit was the most fantastic marketing campaign. They tapped into that emotion. Take back control, our money, our borders. It sounds cool. Brexit, an interesting word. But Remain sounded boring. Leave things as they are, seemed boring. There wasn’t really any emotion in the Remain campaign.

Joel: The feeling I get is Remain would win in a second referendum. Purely because the demographic has changed. A lot of people have changed their minds. I think many Brexiters believed the lies and now they are too embarrassed or too proud to admit it. Remain is good. Leave is bad. I think that is generally accepted by all reasonable realistic people.

In case Brexit happens, how will your life look like?

Joel: I will be trying to get out of the UK, or I will try to campaign to rejoin the EU.

Shouldn’t you do both?

Joel: That’s the most likely outcome. I go out, just to have a break and come back and start the campaign to rejoin. That would be an absolutely huge task and very complicated. Not really an area I am familiar with yet. There will a lot to read up on.

And if the UK remains?

Joel: We still have to promote the benefits of the EU membership to the people. How does the membership benefit the individual and not just the UK? The work will never stop. Because there is such a huge divide now through the UK. It will be a debate for a long time.

The topic will stay with you then.

Joel: It has become a part of my life.

Can you imagine a life without doing this?

Joel: Not anymore. I’ve stopped doing many things now because I get back from work and then I start to do EU stuff. It does take its toll on you. You are not able to sleep because you worry about Brexit. Then it’s also been a lot of fun. I met so many interesting people. Made so many new friends. Brexit has been a good eyeopener. It has been a very good, steep hard learning curve.

Being passionate about something also means learning something about ourselves. What did you learn?

Joel: I didn’t know I was this pro-EU. I learned to always ask questions to find out what prompts Brexiters to hate the EU, because then you can dismantle the arguments. When someone says something, fact check it first before believing it. The most important lesson is double check. Check for yourself, and get the facts before you make a decision. It’s better to have a clear picture. If you had just laid it all out, Remain would have won.