Skip to content
„Democracy is a principle worth fighting for“

“Democracy is a principle worth fighting for“ 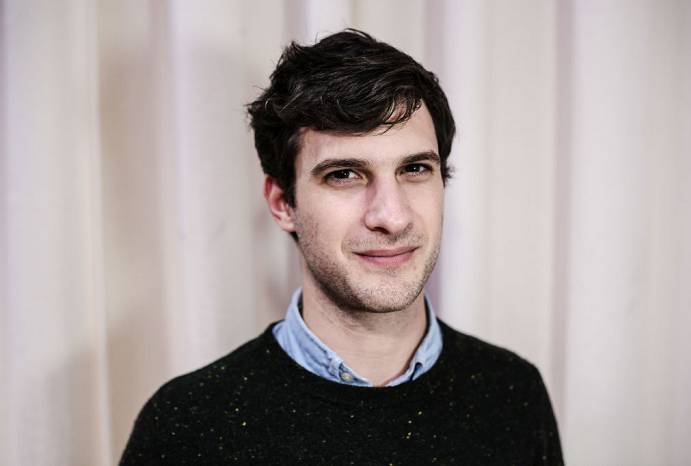 No matter where you stand politically, we might agree on one thing: Europe is in a crisis, or rather, Europe is facing different crises at the same time. People are losing faith in their national leaders and the European Union. Xenophobia, inequality, populism and a young generation ignored while fighting for their future. This can´t remain as it is. If Europe does not come together, it is going to tear itself apart.

The European Spring is a transnational, pan-European coalition brought together by DiEM25, the Democracy in Europe Movement, which was co-founded by Yanis Varoufakis, the former finance minister of Greece. But the movement is not about famous names. Most candidates for the European elections are not professional politicians but citizens who never run in an election before. They believe in the vision of a progressive Europe.

The European Spring is also a social movement, that is proposing „A New Deal For Europe.” One that seems too ambitious, too radical to be practical, but, on closer consideration, the ideas are based on common sense and values that have roots in human rights.

What´s the mission of the European Spring?

David: The mission is very simple: To democratize the European Union, and turn all of Europe into a force of good instead of evil. The movement was born out of the crushing of the Athenian spring in 2015 when the anti-democratic nature of the EU was laid bare — not only to Greeks and not only to Europeans but to the world at large. Out of that grew a sense that the only way to build a better Europe was a transnational movement. No country on its own was going to be able to transform the European Union and its institutions and develop a new European vision. Out of that grew the idea of having a Pan-European movement that was going to propose big ideas, good ideas, practical ideas but radical ideas to transform Europe.

What is the vision behind that mission?

David: Our political program is very broad. It has twelve different pillars that range from democracy and transparency to solitary and equality. We support, for example, democratic institutions for the European Union which Europe famously lacks. Democratic institutions rely on the treaty system, which is very anti-democratic. Then we try to get Europe’s public investment banks to coordinate a massive green transition investment program. We have these big ideas and then much more narrow ideas about how to achieve them.

Would you say these are rather good or bad times for democracy?

David: This is a very bad time for democracy in two different ways. In one way because there are a lot of movements that seek to cartel democracy. They seek to concentrate power in the hands of technocrats and full authoritarian leaders. It´s a sad time for democracy. Not only has a very high-level principle been betrayed by both its opponents and its supposed friends, but it got also turned in a very shallow concept.

How do you understand democracy?

David: In DiEM25, we understand democracy not exclusively in the political sense of casting a vote every four or five years but democratizing the economy and democratizing our communities, and creating a world in which the boundaries between us and them dissolve and everyone is considered to be equal and can contribute to the economy and our societies. It is a big battle to radically expand the notion of democracy.

This idea of democracy sounds almost too good to come true.

David: I don´t think it´s so complicated, and we see sparks of hope. For example, in the UK Labour Party, in terms of the Mexican presidents‘ new political forms that aim to give much more ways for participation to citizens beyond simply voting in the presidential election every six years. There are various ways of taking this forward, but we have to maintain that democracy is a principle worth fighting for and worth expanding in all these different realms. Especially, as people claim the world is becoming so complex that democracy is an obsolete concept.

With the Brexit pending, there is this slight fear Europe might fall apart.

David: I think the worst case scenario is that some of these forces of xenophobia and nationalism and bigotry come to power in the European Union and seize the institutions that are supposed to be guiding the European project. We know exactly what they would do to Europe. They would turn it into a white continent with borders completely closed and that is exporting all of its dirty business. The biggest danger is not that different countries break away from the European Union, but it is that there is no movement of progressives that holds the line against the rise of much darker forces in the heart of Europe.

Imagine a Europe where you have achieved all the ideals of the European Spring. What would the life of citizens look like?

David: It´s a massive transformation in the sense of community and its prospects. An individual citizen would have a meaningful say over how their work life is organized, where they want to live and work and how they want to be educated, which passions they want to follow. There would be more public spaces in different communities and more resources to invest in the projects that matter most to you and in the place that you live. It would have less xenophobia as we do a much better job of integrating. There would be language training for all, job opportunities for all, housing for all. And it would look like a much more futuristic Europe as the investment program rapidly increases infrastructure and a really powerful technological boom. It would be a much more inclusive Europe. People who have less access to jobs because of disabilities, of ages or because being a member of a marginalized ethnical group will find that those barriers melt away as we invest in the resources for much more inclusiveness. It is a much more equal, much more democratic, much more forward-thinking Europe. These ideas seem less radical to us than they seem necessary. In their absence, Europe would just continue to fall apart.