Interview with Eric Rockey, Co-founder of The Creative Resistance 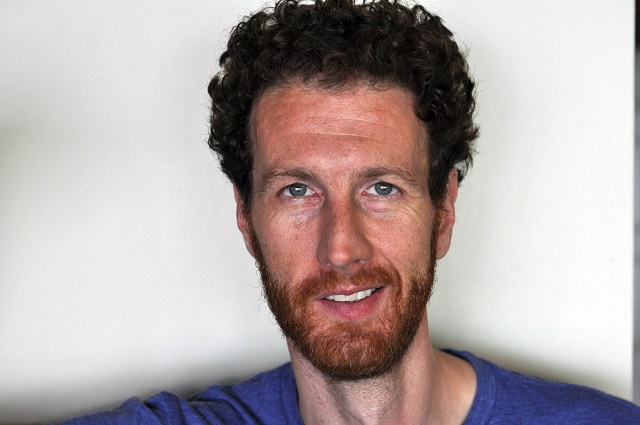 Voltaire said, “Every man is guilty of the good he did not do.” When looking at the world of today we see a lot of good that needs to be done. In the world of today keeping silent about the Climate Crisis, the rise of tyranny, the ´us´ versus ´them´ mentality becomes a crime. We need to raise our voice and speak up for the things we stand for because those who stand against something have loud voices and will not stop shouting.

“The Creative Resistance,” a collective of independent media makers is making such noise. They produce videos and other content for progressive candidates. Their video “Lulu Land,” released in 2017, went viral.

The Creative Resistance is a large group of people, activists and media makers. The two co-founders, Eric Rockey and Sandi DuBowski, are no unknown faces in the world of media.

Eric Rockey is a documentary filmmaker known for the award-winning documentary “Pink Boy.” The 15-minute movie is an intimate portrait of a transgender child that grows up in a conservative state and was praised by the media and the audience alike.

His partner Sandi DuBowski is a director and producer known for the film “A Jihad for Love,” which was the opening film of the Documentary Section at the Berlin International Film Festivals in 2008. The film, that portrays life with homosexuality in Islam, had a significant impact on homosexual communities across the Muslim world.

They come from a creative background and have both focused on important issues that can open the eyes of people and hopefully, change the mindset. When they founded “The Creative Resistance” they did it with the goal to resist the Trump Agenda that not only affects the USA but the people worldwide. Which became lately more obvious than ever when Trump started the year-long process of withdrawing from the Paris Agreement.

How it all began

Eric: It was a bit of a long process. My partner Sandi and I are both documentary filmmakers, and we are part of a creative community that has been involved with some efforts to help with progressive elections even before the 2016 election. For years we had been organizing trips to Ohio to help people get out to vote for Democratic candidates for the presidential election. For maybe 12 years my partner had been doing that. Also, with some other creatives in New York City, we had been creating these election fairs where with different ways where people could plug in and volunteer for progressive campaigns. We have been involved with that, but it has not been a formal group. It was more a group of friends that would come together and do these things.

After the 2016 election, this group and many more people, mostly people from the documentary film world, but also other creatives and other activists, came together. We started meeting and were trying to figure out how to use our skills to really help fight for progressive candidates and progressive causes. We felt that our side had been asleep at the wheel and not doing enough to push our agendas forward. We thought we had some unique skills to contribute, and so we started trying to find ways to use those skills.
At first, we had a lot of different ideas about what to do. Originally, we thought that New York State was a blue state, and we should be looking to other states in the U.S. that needed the most help and that we should adopt one of those swing states, and put our efforts in creating media in those swing states. We did some of that. We created some graphics for different candidates in states like Wyoming and Georgia. We also had an idea of creating videos to support groups that were most threatened by the Trump administration to support their agendas. We were exploring many different potential approaches.

Eric: I think where we arrived is really supporting progressive candidates, primarily in New York State because we realize that New York was not a blue state. It was not controlled by Democrats, although it has a strong majority of Democrats. I would say that our mission is starting to expand now. We are seeing ways to also contribute to national discussions, but our core focus is really supporting more local progressive causes primarily with videos. The strength that we have is that we have a lot of skills from the documentary world to create documentary-style videos that help support candidates. Also, in the cause of making our ads, we have developed a unique animated style that we use for an explainer on issues or candidates.

Eric: Our vision for New York is to make it an example that other states can follow as far as implementing important progressive policies that we have talked about for a long time. Finally, we have the opportunity to implement them. We were very instrumental enabling New York to really have much more progressive legislation, like voting rights legislation. And even though we weren’t able to get through this time, pushing towards single-payer healthcare in New York state. We also felt very privileged to be a part of the successful push to pass the most progressive climate change legislation in the U.S. And while politics on the national level are currently controlled by Republicans and really only representing corporate interests at this point – New York can be an example of an alternative and show how these types of politics could be successful outside New York State as well.

Eric: I think that is very early to tell how effective the Democratic candidate will be. I think there is a strong danger that Trump can be reelected. We all need to work as hard as we can to prevent that reality from happening. There is a perception by many people that the economy is doing well under Trump, and I think that this is perhaps the most dangerous thing that people think, “Well, I don’t like what he talks about, but he is good for the economy and so I will vote for him.” I don’t agree with that analysis. I feel like the Trump economy has been riding on the tailwinds of the economy that Obama basically saved from another Great Depression.

Involvement in the 2020 Elections We are exploring ways to do that in an effective way. We are in the experimentation phase right now. One of the things we learned is that it is important to have a strong partner to work with that knows how to do the distribution of the videos. This is how you get any media that you make in front of people to watch your videos. We are still working on a way for us to produce content on a more national level where that will be the case.

We´ve worked with a number of partners. Our primary campaign leading into the 2018 midterms was really to defeat this group of Democratic State Senators in New York called the IDC (Independent Democratic Conference). These were a group of people who were enabling Republican State Senators to take control of the New York State Senate, effectively blocking every progressive legislation from even being proposed. They were really holding back the state. We did a large campaign against them, including negative ads against these members, positive campaign ads for progressive challengers, and so on. We found a very strong partner in this organization called “NoIDCNY” who were very active in the whole anti-IDC campaign. We had a very close relationship with them where we produced content, and they helped strategize on the distribution and in some cases would distribute it directly. Since then, we worked on a number of different issues, and for each issue, we had a different coalition of groups we partnered with. A lot of times when we work on a political candidate their campaign is the partner. When we work on an issue video, we usually try to find some strong coalition we can partner with.

How to be effective

Eric: I would say we learned a few things. One — that it is very hard for a group of creatives to feel productive when we didn’t have a clear target and some very clear goals. Developing a very clear target was important for us to feel like we were effective. The second thing we learned is that it really pays to take time and come up with a clever idea to grab people’s attention. A lot of times, these campaigns are on very short time frames, and you have this feeling that you need to get something out. In our experience, it was always the videos where we took the time and actually came up with a good idea that people were really interested in watching. Those are the videos that had an impact. You have to have an interesting story to tell because no one wants to see another boring campaign video. The final thing we realized is that distributing your content is as important as making creative content. You can have the best content in the world but if you don’t have the right strategy to get it out, nobody is going to see it and it won’t have any impact. For us, that means having a contribution plan in place even starting producing. It also means being able to develop the skills or partner with someone who has the skills to use social media platforms, especially Facebook, to learn how to target your media.

The most effective way to reach voters we found was to have paid Facebook ads. You can specifically target likely Democratic voters on Facebook. The Republicans used that in 2016, and the targeted ad campaign contributed to Trump´s victory. We have to use these tools as well.

There are some new technologies that might be even more effective in 2020 – you have to stay on top of the changing landscape.

For us personally in the group, we found that no matter how crazy politics get on a national level and how devastating the latest atrocity the Trump administration has committed, if we feel like we are doing something to support progressive causes, that’s been so helpful for us in feeling there is hope, and that we do have the power to actually do something. I think it’s very easy to feel powerless right now, but it is possible to feel a sense of agency especially when you focus on the local level.

Eric: We are always looking for new members if people would like to contribute their creative skills. We are always looking for directors, writers, editors, animators or just graphic artists. There is a huge opportunity for people who are creative to join us. We also need help with our organization, communications, etc. We have a big need for people who can help us both on our own social media platforms and partnering with other platforms to get our content out. Finally, if people would like to donate to help fund our videos and the progressive causes we are supporting, we always welcome that as well. People can reach out to us on our website.