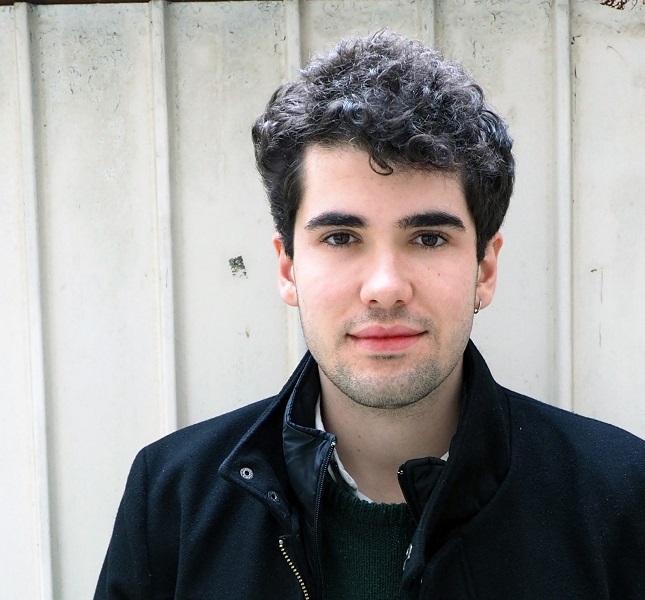 Europe is a continent unlike any other. Every single country is different. The colors differ and so does the scent. We speak different languages and have different cultural roots. Then again, if you follow these roots into the past you will find that in their center they meet three pillars of how Europe came to be the continent we know today. The Greek ideas of democracy and the Roman concepts of law are what formed Europe and you encounter proof of them wherever you go, yet Europe is struggling with its identity; today more than ever. The European Union, once a promise for peace, is questioned. Many want it gone, want to hide behind strict borders to let nobody in who might bring change. Others seek change and want an open Europe, one that finds strength in union.

„The European Democracy Lab“ is a think tank that was founded five years ago and focuses on generating new ideas for Europe. Their goal is the European Republic, a place of equality for the citizens all over Europe.

Please describe the vision of the European Democracy Lab.

Martin: For the purpose of a democratic Europe we focus on three different branches which are based on our manifesto that is demanding political equality for all European citizens, common European law, tax, and social security system. It is important for us to introduce ideas that are not in the mainstream public debate. Therefore we try to have these three branches to reach the visibility and the theoretical strength of our vision.

Then there is the advocacy part where we have a few projects. One is „Europe yes, but how?“ This is a dialogue series which takes place in different German border regions and we discuss certain policies with citizens. One of the topics is finding a new European electoral law. From our point of view, it is one of the biggest problems Europe faces. We have a supranational parliament but this parliament doesn´t have legislative power. It cannot enforce policies. We also discuss finding a common European tax system where every county is subject to the same taxes.
This is all part of the European Republic idea because we have the vision of having equality among all European citizens and this equality will lead to a common idea of Europe.

What we also do is workshops in schools and institutions of higher education in order to inform people about the history of Europe and the institutional design in Bruxelles, the role of the parliament and the counsels.
We have a third branch which is culture and we organized a project that is called „The European Balcony Project“. The intention was to symbolically proclaim the European Republic on different balconies all over Europe. This was a wide success in November 2018. The European Republic was symbolically proclaimed in 25 different countries at the same time.

Tell me more about your work with students.

Martin: We usually organize three types of workshops. One is called „Managing transnational organizations on a European level“. We explain the functioning of the main European institutions and explain what shortcomings and strengths they have. As a regular citizen, you are more informed about your national parliament is working than about the European parliament. It is important to know where the power comes from and who is accountable for the decisions that affect us in everyday life.
Another workshop is called „History of Ideas“ and we explain the historical understanding of the development of the European continent, the history of the nation building and the history of the European Union. Lastly, we have a third workshop which is „Home, Regions, and Identity“. It is aligned with our research project. We discuss how we could strengthen the European identity.

How is the response?

Martin: The students are often very surprised because these are topics that are unfortunately not part of the curriculum at school. They get confronted with new ideas and points of view. It broadens their mind and it´s a very interesting feeling for them because they are at an age where they start thinking politically.

Are these good or bad times for democracy?

Martin: Both, I would say, but it doesn´t necessarily have to be one or the other. Europe is in an existential crisis. On the one hand, we have a populist revolt and a lot of national rhetoric. What we see is that a lot of countries say they have to regain their sovereignty and make their own decision. But on the other hand, there is a big movement, different projects, starting to talk about the European Republic. I think the parliament will change and it can either go very wrong, towards this populist destructive rhetoric about nation and border control and into this isolated conception of politics, or it can go more in the opposite direction of trying to find more cooperation to deal with global problems together. It´s a moment where the outcome is very uncertain.

What´s your ideal version of Europe?

Martin: For me, the Europe of the future is a Europe in which I identify equally with a Spanish and a Polish person. In a sense that we have come so accustomed to living together that we don´t think anymore in a national identity but a European identity. If we reach this state of caring about each other even though we are from different countries, this would be my ideal Europe. Obviously, it is a bit of a utopia at this moment, but I think ultimately it is the only solution because we face global challenges and either we cooperate or we won´t be able to overcome these challenges. It is a pragmatic solution, not even an idealistic one. For example, we see the economic rise of China which has a different political system with different values. Either we have a way of relating to China as a united Europe or we have no chance of defending our ideals.