Skip to content
Muslim Europe: “There was a moment when there was a possibility of something else.“

Muslim Europe: “There was a moment when there was a possibility of something else.“ 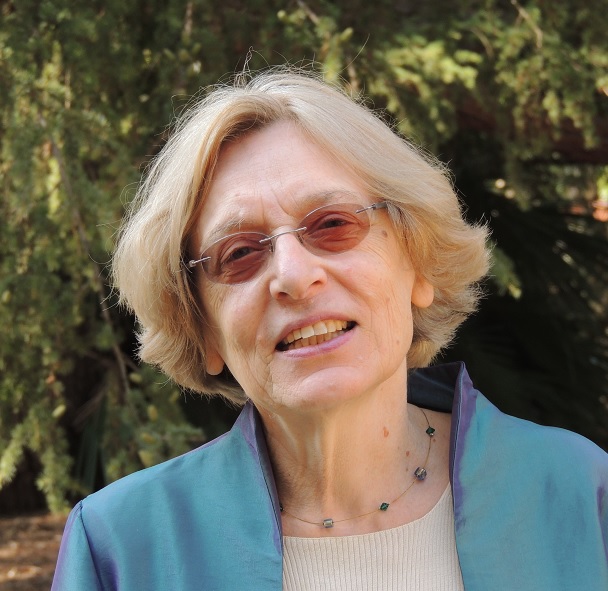 In school, we had to read, Nathan the Wise, by Lessing. I do not remember much of the actual play but I do remember the centerpiece, the “Ring Parable.” It struck me as one of the wisest things written about religion. When the Jewish merchant Nathan is asked by the Muslim sultan Saladin which religion is the true one, he answers with the tale of three brothers. The father owns a ring that is passed down over generations to the son who is loved the most. The ring has the ability to make the owner pleasing in the eyes of God. On his deathbed, the father gives each son a ring. They look identical and the brothers can’t tell which of them owns the original ring. A judge rules that each of them has to live up to the power of the ring and become pleasing in the eyes of God.

Some might recall the discrimination of the Jews in the Middle Ages. Who has not heard about the Crusades and the Holocaust? These are only a few moments in history when the religion clashed with huge losses on all sides. Not only the loss of lives but also the loss of a chance for exchanging ideas and ideals.

Looking at the present, Europe is at a point where Muslims are seen as the enemy and the Islam world as a threat to Europe´s safety and wealth. France has banned religious veils in schools and public services. Denmark is giving children classes to teach them Western beliefs. Bavaria wants to have crucifixes displayed in public buildings. They are allowing the minority to feel excluded — that seems to be the solution for Europe when it comes to dealing with people who are different. When Europe recovered from the World Wars, the future was built on rights for all. Human rights. What else are people, no matter how they name their God, than humans?

People fear “the other,” and everyone who is not a part of our tribe is a potential threat. In a world where humans could only survive by protecting their, more or less, small tribes, this instinct made sense. In a globalized world, isolation and intolerance survival depends on working together with them, reaching out to “the other” and focusing on what we have in common instead of looking at what divides us.

Ann Thomson: When I was very little, my father was working in Baghdad for two years, and much later I taught for eight years in Algeria. The Muslim world has always been important in my life.

What did you learn about Islam?

Ann Thomson: My husband was Algerian, and we had many Algerian friends. I learned a lot but not necessarily about Islam as a religion. Algeria is a very specific place since it was a part of France for 130 years. I have a very good feeling for how it is being in the Muslim world and how people look at things from another point of view.

What do Christianity and Islam have in common?

Ann Thomson: They have in common the belief in one God. It’s interesting — in the 18th century, there were people who believed they needed to go back to a purer form of Christianity. That Christianity had been corrupted by all sorts of Catholic ceremonies, saints and statues. They wanted to get rid of this and looked to Islam as a purer religion. Which it is — they are against images. There were also people who thought that the Trinity, the Father, the Son, and the Holy Ghost, was wrong because it tended towards saying there are three divinities, whereas Islam is very strongly monotheistic. There is only one God and some Christian people looked to that.

Is there one Muslim World?

Ann Thomson: It is difficult to talk about one Muslim culture. The Muslim world is very varied. As I said, Algeria is even different from the other North African countries even though they have all been in contact with and influenced by Europe. The Middle East has a very different way of looking at things. Then there are Muslim cultures that I don´t know at all. It’s very difficult to generalize. People think of the Muslim World as sort of a block, and that’s not true.

Is it because of this thinking that so many problems exist?

Ann Thomson: That is part of the problem, but it’s, of course, not the only problem. History plays a huge role. From the origins of Islam, Islam was seen as a competitor to Christianity because it arrived later and replaced Christianity in some ways. The instinct reaction was to think that Islam is the enemy. Then, of course, we have the Crusade. All of that plays a role, and that is why the relations are extremely complex.

When did the interactions between Europe and the Muslim World begin?

Ann Thomson: There has never been a time when there weren’t interactions, more or less close. There were Christians living in areas where Islam started. They got into conflict or not. There was always an exchange between the two sides.

We often talk about Islam in reference to Immigration, but in fact, it has shaped Europe for more than 600 years.

Ann Thomson: Absolutely. If you think of the Balkan and all the places that were part of the Ottoman Empire, and how a lot of the original inhabitants converted to Islam. Not to forget the Muslim occupation of large parts of Spain and Portugal for a long time, which has left traces in the culture of those countries.
A large part of the intellectual culture came via Arabic. A lot of the classical Greek and Roman texts were preserved by Arabic translations, which were then rediscovered by Christian Europe in the late Middle Ages. They also had the knowledge of Greek medicine, which they then developed and passed on to Christian Europe.

It’s absolutely true that many European tend to forget or ignore the aspects of permanent interaction and presence of Islam in European history and as one of the things that contributed to shaping history.

You research the Enlightenment and its connection to Islam. Please tell us more about it.

Ann Thomson: My main research is into the 18th century, which is generally called the „Enlightenment“. There has been a lot of misunderstanding about the relationship between the „Enlightenment“ and the rest of the world, including the Muslim world. Europe is said to have always othered the Muslim world and made it inferior and colonized it. This has led to the view that Europe has only ever had an attitude similar to the Crusade — a feeling of superiority, a feeling of contempt for the East, and that it constructed this inferior feminized Orient that is there to be conquered.

It was during the 18th century that Europe started to colonize Muslim countries. Britain first took land in India in the second half of the 18th century. Before that, there was greater respect because they were afraid of the Ottomans who still occupied part of the Balkans and threatened Europe. There was also a real curiosity and a real attempt to understand this world, which was very familiar but with a different religion. Therefore, there was a lot of writing about the Muslim world. Some writers were reproducing classical Christian stereotypes about the prophet Mohammed being an imposter, but there was also a curiosity to find out what the people did actually believe and how similar that was to Christianity and how much was developed from it and how much was new.

The Muslim world played a certain role in internal European debates about toleration. There was a general feeling that the Ottoman Empire was more tolerant than the Catholic countries, and people looked to them as a model of toleration of other religions. There was a big debate about society, too. They developed the theory about so-called oriental despotism and whether the Ottoman Empire was more despotic than certain monarchies, like Louis XIV for example.

Many Europeans were interested in the people they met and trying to understand how the society was organized, who were these different groups of people because there was also a development of ideas about „race“. Whether people were actually inherently differently or just different because they lived in a different climate and had a different sort of government.

There were a lot of debates where the Muslim world plays a part and not necessarily on the basis of hostility. Some people said clearly, “I am writing about this to destroy the Christian prejudice against Muslims.“ That’s why the so-called Enlightenment is a really interesting period. We see another possibility of interaction between Europe and the Muslim world that afterward in the 19th century tended to be completely forgotten.

Why was it forgotten?

Ann Thomson: Partly because of colonization. There is this idea that the French, when they arrived in Algeria, knew absolutely nothing, where, in fact, a huge amount of literature about North Africa existed. It was just forgotten. They forgot what they knew and instead developed a certain number of stereotypes instead.

If we hadn’t forgotten, relationships today would be different.

Will we learn to coexist peacefully?

Ann Thomson: I am not hugely optimistic. Muslim has become “the other“ to be hated and to be feared. Before I came to Florence, I taught at Université  Paris 8, in Paris. St Denis is basically the immigrant’s suburbs, and a lot of those kids are very angry. They feel they have been excluded, which they have in many ways. Things need to be done actively to improve the situation. Instead, many politicians have done a lot to exacerbate the problem.
In France, there is a problem of girls wearing the hijab who have been excluded from school. On the one hand, it was a deliberate provocation to make the authorities react. On the other hand, there is pressure on many girls to wear a hijab. Some young girls see it as their own affirmation. I have seen people who wear the hijab, and that doesn’t mean they are suppressed or afraid — on the contrary. Some are extremely active and vocal and know what they want, and they say part of this is wearing the hijab. It is very complicated. The problem is it is always presented in a very stereotypical and simplistic manner, which doesn´t help.

Let´s end with a positive memory of your time in Algeria.

Ann Thomson: When I was in Algeria, fundamentalism developed, and more girls were wearing the hijab. There was less space for women. The society went backward in many ways.
I had a lot of Algerian women friends, and I always thought the future of Algeria is its women because there were a lot of women who were very active in many ways. I had found much more solidarity, too. A real society of women because of the difficult situation. Being together helping each other, I saw this much more than in Europe.
I actually enjoyed living there at that time, living in a different country, whatever the culture is, is extremely enriching. You see other ways of doing things and can question your own certainties and prejudices. That is very important and I am very grateful.