Skip to content
“Until we can acknowledge that there is hurt and blame on all sides, we can ever really move on.”

“Until we can acknowledge that there is hurt and blame on all sides, we can ever really move on.”

Interview with Sara Duddy of the Pat Finucane Centre 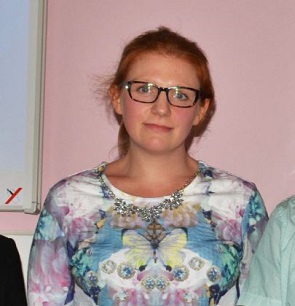 Grief is universal. Grief knows no religion, no nationality, no sides at all. The Pat Finucane Centre is working with bereaved families who lost loved ones during “The Troubles.” They are helping those families to piece together the stories of tragedies. The story of a life lost too soon.

During the 30 years of violent conflict, more than 3,500 people lost their lives. Twenty years later, the families are still searching for answers. How did their loved ones die and who is responsible for the violent deaths.

Understanding the Northern Ireland Conflict is not easy. “The Troubles” began in the late 1960s, but the origins of the conflict reach back much further to the year 1167 when England first laid roots in Ireland. Though the English and Irish lived together, they never united, resulting in two different populations living side by side but not together.

Not much has changed. The violence is a part of the past, but the tension is still there. People live together, work together, drink and laugh together, and become friends, but „The Troubles“ are viewed differently, and therefore they are a difficult topic to talk about, even today.
Lacuna spoke to Sara Duddy who works with grieved families in the Pat Finucane Center.

Sara: We are an all-Island Human Rights Organisation, and we work with victims and survivors of the conflict. Our mission is to help families who have been bereaved and affected during the conflict. We help families to achieve truth, justice, acknowledgment, and reparations. We work with individual families and try to see what information we have and what is missing and then help them to find as much information as possible through the engagement of different agencies.

Sara: A family may come to us and say that their loved one was killed during the conflict. They may know the date when it happened and which organization was responsible, but they don’t know if there was ever a conviction. They don’t know if there are any witnesses. We help through research in declassified government documents and newspapers. We will help with witness appeals and try to piece together as much as possible. We also engage with different agencies, for example, the Police Service of Northern Ireland, An Garda Síochána (Police in Ireland); the Police Ombudsman’s Office and others.

This may involve legal action through the courts such as through civil actions, judicial reviews, or by asking for a new inquest. So we work with the families to try and find what different avenues are open. We also help in terms of different storytelling initiatives. We sit down with a family and record their memories of their loved one and their memories of what happened and produce a document that captures this information to pass it on to their children and grandchildren.

The basis of our work is human rights. We work with a human rights framework and are guided by the European Convention of Human Rights. It is clear that there were human rights abused during the conflict on all sides. However, many families approach us if they have lost loved ones at the hands of the British State, for example, direct killings involving the British Army or the police during the conflict. We believe that it is very important that the British State acknowledges the hurt and the wrongdoing that took place at their hands, and the failure to properly investigate these abuses at the time. We have helped families to pursue human rights cases to achieve new investigations or inquests that goes some way at uncovering the truth.

Sara: We have worked with families where through investigations there has been a declaration that the person was killed unlawfully. Some families have received apologies from the British government. The Bloody Sunday families have received an apology from David Camron, the former British Prime Minister, in 2010. Other families have had individual apologies. However, these are very small numbers of families and for a lot of families who have lost loved ones as a result of state action that is an ongoing battle. At the minute there is an inquest going on around the death of 10 people in Ballymurphy, Belfast in 1971 at the hands of the British Army. Every day there is evidence heard about the actions of the soldiers. Each day there is more information that comes to light to help families to vindicate their belief of the innocence of their loved ones. It is a very painfully slow journey for many families. People are getting older and dying, but our job is to try and support them as best we can during that journey.

Sara: I have been working here for 8 years but the center has been here for 25 years. There are many families we have supported for over a decade. It helps because they know there is always somebody there to stand with them, ask the questions and write reports, and to challenge the narrative. Our support is through advocacy, but there are different types of support the families need, and we help that they get the support they need such as counseling or social support. That’s very important, and we partner with different groups.

Sara: For a very small place, it does have quite a big profile. We get a lot of interest in different countries. We do live in peaceful times, and it is seen from the outside as a very successful resolution of conflict. However, for the victims and survivors, it is different. The violence has stopped, but their journey and battle for truth is not over. Still, from the outside, it is seen as a successful post-conflict society.

Sara: Day to day you go to work, your children go to school and you pay your bills. We have the same kind of lives and issues they have everywhere. For people who have been affected by the Troubles, however, the past is still very present. If you open any of our newspapers on any day or if you watch the news on any day there is always references to the past and the conflict. It may be new information about individual cases or battles between different groups and different politicians in terms of what happened in the past and who is responsible.

Sara: In many respects, we have moved on and live in relative peace. We enjoy integrated workplaces. We have crossed community cooperation much more than we did in the past. However, our education system is still very segregated.

I think when it comes to dealing with the past, however, there is a division, and this is clear once the conversation starts about The Troubles or the past. We need to learn how to deal with different narratives and acknowledge that people and communities had different experiences. We need to accept that there is hurt and blame on all sides. Until we can do that, I don´t know if we can ever really move on.

Sara: It can be difficult. My work involves exclusively dealing with bereaved families and helping them with their loss. In each case, somebody has been killed before their time. There is a tragedy and there is a bereaved family behind that. The families who come to us have unanswered questions and unresolved issues, and on a personal basis, it is very hard. You want to do whatever you can to help these families because it impacts them. We are lucky because it is in our contract that we get additional support to ensure we, the staff, are strong and resilient. It is the only way we can do what we do.

Sara: There are new proposals to deal with the past (Stormont House Agreement), and the British government launched a consultation in October last year. We are waiting for government proposals to go forward. There are different proposed mechanisms including an investigative body and an oral history archive. We are hoping we can start giving victims and survivors the answers they need. We need those different mechanisms established and up and operational. That is what individual families need, and it is what we as a society and community need in order to move forward.