Skip to content
„The abuse, which is very unpleasant, can be the biggest attention the person ever got.“

“The abuse, which is very unpleasant, can be the biggest attention the person ever got.” 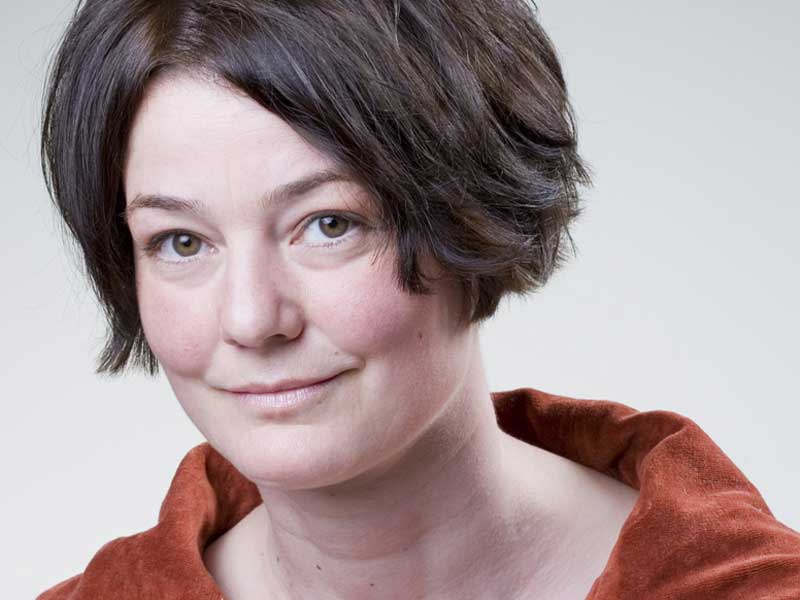 Everyone can be the victim of sexualized violence and sexual abuse. Media determines what we see, and to them, sex usually happens “between people who are young, thin and blonde”. We do know that this is far from the truth, and still, when it comes to sexual violence we rarely think about the victims who are not female, young and pretty.

We talked to Mirka Schulz, systematic sexual therapist and trauma therapist from Germany about sexual abuse of mentally handicapped people.

For years, Mirka Schulz worked with people with mentally and physical handicaps. Again and again she was confronted with the topic of sexual violence.

she says as we begin to talk. She worked with women who have experienced sexualized violence and sexual abuse during their childhood. There, she often counseled women with mental handicaps. She learned through a nationwide study in Germany from 2012, that every second women with a handicap has been a victim of sexualized crimes.

It is a problem that people with impairments are not seen as sexually attractive and therefore there is a taboo to talk and think about them as victims of sexualized crimes. But society is changing and opening up to the idea that sexual abuse can happened to everyone.

A lot has changed since 2010 and with the #MeToo debate.

(In 2010 the Catholic Canisius College was involved in a scandal of year-long sexual abuse of students. See: Over 100 former pupils allege sexual abuse at Berlin school

“People begin to tell their stories. Men speak out, too and it got known that women can be perpetrators, as well.”

The environment should give security, but it can also be a danger. People with a disability need more help, some of them permanently. The dependency can turn to a hierarchy of power.

The person with the impairment is always subordinated and this is the basic principle of abuse. Sexualized violence is about one person having the power which they then abuse to their advantage.

People with handicaps often live in dependency to someone else, a parent or a caregiver. Therefore the one who abuses this vulnerability is often someone close, someone likeable and someone they trust. Here the situation gets even more difficult. “The violence is connected to attention. For people with mental impairments attention means a lot. The term is grooming – a slow approach with positive amplifiers.” These can be compliments or gifts. They get connected to the abuse.

The abuse, which is very unpleasant, can be the biggest attention the person ever got.

Mirka Schulz explains why speaking up against the perpetrator or even seeing the crime as what it is, is a problem for people in such a dependency. “They think the caretaker knows better. When she says, it wasn´t as I remember, she will be correct. She always knows better. She knows which pullover I like and what I have for dinner.” That is why people with a mental handicap have trust in what they get told rather than their uneasy feeling about an event. “If a female caretaker abuses a resident of a special care home, nobody wants to believe it. When she does something unpleasant while showering, she can say she is thoroughly. Nobody will think there is something wrong about it.”

The second hurdle people with mental impairments face, is that they cannot always express what happened to them or how it happened. They are not often to be believed. “There are often contraries in their accounts. People with a mental disability cannot say if something happened last week or last year, or in which room it happened. They have difficulties to give a precise statement.”

The police, when asking questions, is adding stress. “The questions can be overwhelming. People with mental impairments want to say the right thing. They often end up saying what they believe someone wants to hear. They have a huge pressure to adapt. They are used to getting told they have to adapt, because they live in dependency and power structures and orientate themselves accordingly.”

Successful legal action against a perpetrator is not easy to get when someone cannot give an account of the crime. Therefore it is important that the surrounding pays close attention. “Whenever something happens the person reacts to it. When someone acts different, it is a sign. Maybe the person wets the bed or suffers stomach pain or neurogenic seizures.” Not all behaviors seem linked to sexuality. “The impact of sexual abuse can seem strange. It´s often thought that, if someone has lived through a sexualized crime, they don´t want to have anything to do with the topic of sex. They want to hide and not be seen. This happens, of course, but the other half of victims reacts in a complete different way. They are sexually conspicuous towards the other gender, show sexualized behavior, change partners often. And then it´s hard to imagine that this is a result of the negative experiences.”

Why do people react so differently to sexual abuse?

“It´s a part of the trauma progressing. Something was not yet progressed. It is hanging in a continuous loop and still stuck in the body. Humans want to understand things and experiences have to get stored away. When a trauma is still stuck in the cells of the body, the person tries to understand it subconsciously and maybe understands it by repeating a similar experience over and over again until it is understood and stored away.” It is also a way of saying, “Look, something happened here!”

What has happened is not always clear to the victim. Sexuality develops often more slowly in people with a mental handicap. “An 18 year old man who has all the physical conditions can have the sexual development of a child. The cognitive level can be that of an 8-year old and then these two levels don´t go together. With eight years one is not yet seeking that kind of physical closeness and get intimate with someone, but the body has this need. Then there is the emotional development, which can be very small still. Maybe one wants to explore another person, playing doctor or cuddle, but this does not match the adult body. This is why people with a mental handicap are vulnerable.”

There is also a huge lack of information and sexual education. Caregivers should get informed of the warning signs to intervene before the abuse can happen, or at least, help the victim to progress the event. People with mental impairments need to get the chance to receive the same sexual education as school children do, but in a way that incorporates their special needs.

Deaf People are known from statistics to be targeted more often than any other group.

„Many different theories exist. One is that women with deafness live in a subculture. They often keep among themselves and have their own communities which are isolated from other people. Everyone who is isolated is vulnerable to sexualized violence.

The other idea ist hat women with deafness often have to let themselves be touched and therefore the distance is not there, to begin with. In self-defense classes, these women learn that they have to tell people to step before them if they want to talk to them and not approach them from behind or aside and touch them to get attention.

Then there is another reason, they can´t express themselves as hearing people do. Sign language is a completely different form of conversing. The language of people who can hear is often much more complicated.”