„Those who learn nothing from history are doomed to repeat it“

Interview with Philip Klose, director of the play „Utopias of Europe“ 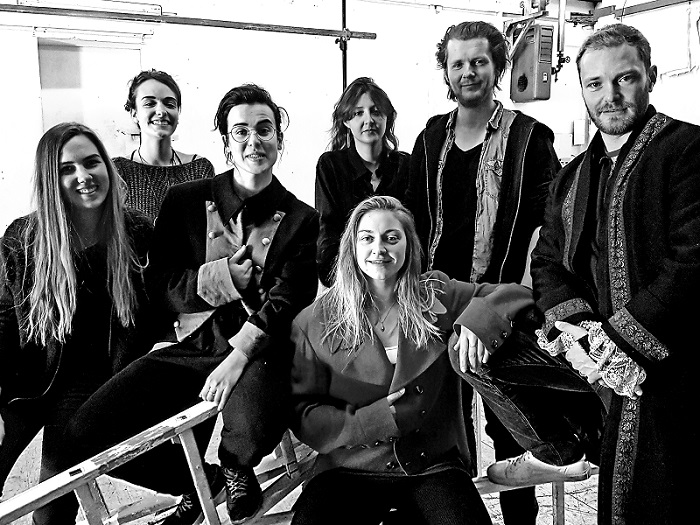 What can or can´t do theatre? This question has a long tradition. Schiller said the theatre is a school for practical wisdom, a guide through society and a key to the human soul.
Can the theatre change the world? Probably not. But the theatre, like any other form of art, can reshape the world if people are willing to get changed through art.
The creative team behind „Utopias of Europe“ collected voices from all over the continent, asking European citizens how they imagine their lives in an ideal Europe. These ideas helped them to put together a play about Europe’s possible future. Instead of adding to the voices that demand more separation and strict borders, „Utopias of Europe“ calls for a united Europe, one that feels like a home for all.

How did you get the idea of the play?

Philip: Above everything else, because of the rise of populists European countries. If you look at what is happening right now, in Poland and in Hungary for example, you really have to say that democracy is threatened. Those people have very simple, pleasant-sounding stories of a nostalgic nation state in which everything is supposed to be better. We believe that the pro-Europeans have something have to propose progressive narratives to face the future. That’s why we’re doing this performance.

Tell us more about the play.

Philip: The play is a very colorful and rich collage about European identity and utopian thinking. There is no classic dramatic plot with figures, but rather pictures and numbers that line up and put in relation. It could be called a revue. We show many different utopias of Europe, historical ones but also very current ideas. Some of them we have constructed during the rehearsals. We wanted to get started right away and rebuild the world. Other utopias got shared by Europeans through our website. We have singing populists, dancing bees and poetic technocrats to look forward to.

What is the core idea?

Philip: We want to support the European peace project in its uniqueness and magnificence. We believe that this requires utopias, ideas about where the journey should go. In the theater, we can not only describe these utopias, but we can also even try them out, make them come alive and make them tangible.

You collected voices from all over Europe. Give us examples.

Philip: What surprised me is that a lot of people in Europe would be willing to give up their nationality. At least measured by the posts on our page. Many people want a Europe that recognizes and respects the differences between them but nevertheless establishes equality so that it can be recognized as a great common home.

What are your hopes for the project?

Philip: We hope that people will be enriched and full of new impulses from the performance and, above all, do one thing: to vote.

Why is a united Europe important?

Philip: You can name a lot of reasons, economic, global political, philosophical. The most important argument is that only a united Europe can guarantee peace. But it has to grow together, which only works if the commandment of equality is respected and the people of Europe will finally become political sovereign.

How would the world look like without a united Europe?

Philip: We already know that. But as the saying goes: Those who learn nothing from history are doomed to repeat it.

Philip: Utopia is always a process, so we don´t want to commit to one vision. A lot can happen, on a big and small scale. But it is important that we set goals for ourselves, new horizons to move towards.