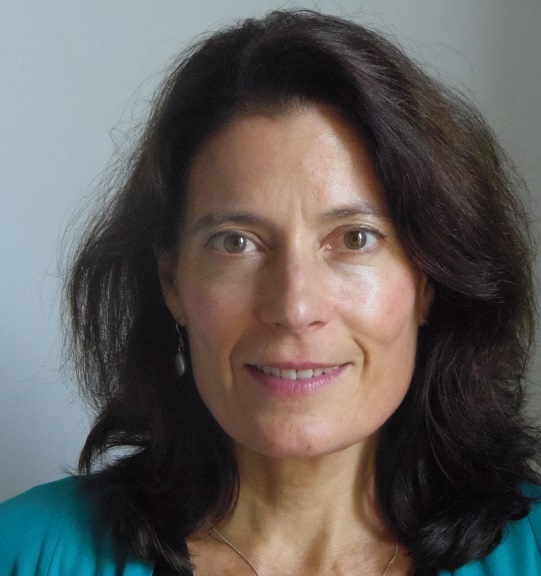 Laura Lee Downs is a professor of history at the European University in Florence. She is founding director of the European research network “Who Cares in Europe?”, which focuses on the question of how state welfare emerged from the social welfare provided by non-profit, non-state institutions and individuals; how it has developed and changed over time; and how, in recent years, it has entered into crisis in many countries. The network covers 27 countries, stretching across all Europe, East and West, South and North, and is supported by Europe’s COST Program (European Cooperation in Science and Technology).
“Who Cares in Europe?” grows out of Downs’s previous network “European trajectories in the Quest for Welfare and Democracy”, which explored the welfare state’s deep historical roots, and used local case studies to recover the “voices” and contributions of individuals, families and voluntary associations in the creation and shaping of social welfare. To this end, we adopted an innovative, “triadic” approach that focuses on the circle of interactions among families, voluntary welfare associations and states, all of whom are understood as actors in the co-construction of welfare. “Who Cares in Europe?” places the triadic approach at the center of its inquiry, deepening and extending the research that the Quest project first launched in 2015 while probing the connections between welfare and political regimes across the full spectrum, from authoritarian to democratic forms of governance.

Lacuna talked to Laura Lee Downs about the historical view on welfare, its current state and the possible future of welfare in Europe.

The importance of the study

Downs: Politicians and policymakers are fond of suggesting that the present day welfare crisis might be “solved” by placing more responsibility on the shoulders of private actors, notably voluntary associations and families. Such claims are based on the widely shared but mistaken idea that state welfare has diminished the role of social action, as well as families’ self-reliance, and that therefore both must be reinvigorated. But historical analyses challenge this notion, highlighting the importance of both family and voluntary action throughout the history of European welfare states both before and after 1945. In other words, what politicians often proposed as an innovative solution to current problems, namely, greater recourse to the voluntary sector, has in fact been intrinsic to what we call welfare states since their inception.
“Who Cares in Europe?“ points toward a deeper, more nuanced understanding of the nature of welfare states and of what is at stake in current debates in order to make a constructive contribution to those debates.

The history of welfare in Europe

Downs: Social welfare has a long tradition in Europe. Families and religious organizations were the first who provided the needed care long before the state became involved. We are interested in the triad of relationships among voluntary associations, families, and states in the creation and delivery of welfare services. But we are also interested in the family’s dual role, as they not only receive welfare but also provide caregiving services and donate their time or money to voluntary welfare associations.
Families have always looked after each other, serving as the most important providers of care, security, and assistance. Within families, of course, the burdens of care have always fallen unequally, with women shouldering a disproportionate amount of the physical and emotional labor involved. In addition, women have always been more vulnerable to poverty than men, thanks to more limited workplace opportunities, caring roles, etc. For these reasons, gender is a central theme in our research.
The national states become more important in the 20th century but regional states have been involved for a much longer time. In municipalities, people had a right to healthcare in the town in which they were born. If they migrated away for work and then fell ill, the person was sent back to where they were born so that they could be cared for, either by their family or by a hospital or some other institution. That is how early modern welfare was usually delivered in 16th, 17th and 18th century Europe.

Social welfare and democracy do not always go hand in hand

Downs: One of the watchwords on which the European project is constructed is the notion that democracy and welfare go hand in hand. Our network questions this claim, using historical and contemporary analysis to unpack the complex and constantly evolving relationships among inequality, social welfare, democracy, and social justice. There is no necessary relationship between social welfare and democracy. Indeed, historical research shows us that the question of who would provide social services to whom and on what terms were a subject of sharp and complex political and ideological contest across late 19th and early 20th century Europe. This can be seen in the centrality that welfare services for selected groups acquired in Europe’s interwar fascist and authoritarian regimes. The links that were consciously forged between social welfare and democracy in mid-twentieth century Europe were thus the outcome of political struggles and choices that were made in the shadow of WWII. As the rise of right-wing and populist welfarism in Hungary, France, Italy, Poland and elsewhere demonstrates, the connections between welfare and politics can be and are being re-thought, with dramatic consequences for the rights of individuals.

Downs: Think about the reference point of modern welfare. The Bismarckian welfare programs of the 1870s and 80s in Germany consisted of Bismark working with employers to deliver forms of social insurance to working men through contributions that employers and workers made. The funds were organized by employers, and their purpose was to stabilize the workforce and keep individuals from leaving one job for another, in search of higher wages. In addition, politicians and employers sought to pacify the demands of socialists for more rights. The idea was to give social welfare in place of political rights.
If you look at the fascist states of the early to mid-20s century one of the things that is very striking is that welfare for certain people was a very important component of the regimes.
Or think about the Soviet States, the socialist states of post-1945, these were not democratically organized states but they had a wide welfare net. The economy and social welfare are seen as connected to economic performances. This was true for Bismarck’s Germany, and it has been true in many welfare states. One of the ways employers become interested in social welfare is because it has economic benefits for capitalism as well. It stabilizes the workforce and allows for investments in human capital. There are many advantages in welfare states for employers.
We can look at what happened in 1945, which is a very particular moment when people who had come through the experience of the Second World War very self consciously connected social welfare with liberal democracy and sought to refund the different states in Europe on the basis of the link that was forged between welfare and democracy. I think if we look around us today we can see just how fragile that link is; if we look at Hungary, the recent European elections, Brexit. The links between welfare and democracy are a matter of political will. There´s nothing automatic about them.

The trend of cutting social welfare

Downs: The Oil Crisis of the 1970s put a dent into what was 30 years of uninterrupted prosperity after WWII. That prosperity started to flatten and then unemployment began to rise. Europe’s welfare states were grounded in benefits that were linked to employment. The more unemployment rises, the fewer benefits people have. There are of course other benefits that are not linked to employment, but the whole model of post-1945 welfare was based on full employment — or at least full male employment. This began to come apart after 1975. Economies began to contract and a lot of policymakers felt the only way to balance budgets was by reducing different kinds of welfare benefits, social services and so on.
About the same time you have the rise of Neo-liberal ideas, about how everything would be better if organized according to market principals.
Actually, Britain is a very good example of this. During the 1980s, Margaret Thatcher took aim at many structures that were defending social and economic rights, such as trade unions and the county councils, notably the London County Council. These important institutions of working-class defense were laid low, and New Labour built on this legacy, rather than trying to rebuild the old structures. From the mid-1990s, then, New Labour established different kinds of welfare structures that were more privatized, replacing state services with private welfare service deliverers who contracted with the state.
The whole model of welfare changed and has continued to evolve on the basis of these principles such as “the market does everything better” and the idea that market principles need to be introduced in all aspects of what we once called the welfare state.

Brexit: A danger to the welfare

Downs: I am not an expert, but based on everything that I read, Britain will be a poorer place once they have brexited. Supplies of medicine and some kinds of food will be less reliable, as will quality control which has been regulated by the EU. Britain will have to develop its own regulatory systems and create new supply chains while avoiding bottlenecks. Moreover, and contrary to the pro-Brexit propaganda, the UK has in fact been a net beneficiary of EU membership, and will abruptly lose access to those funds as well. All in all, it is very hard to see how welfare is going to do better in the UK after the Brexit.

The future of welfare in Europe

Downs: The decline of welfare is a story that unfolds in particular ways in each country, as welfare continues to be delivered primarily through nation states and the notion of social rights as a part of national citizenship. But it also has an important transnational dimension, because Europe exists as an institution, as an idea and an ideal, as space of exchange. Even if there are some nations who are wanting to pull out of EU, they are still a part of Europe and a part of a larger tradition of welfare and the belief in the importance and value of social protection and social solidarity.
You have some countries, France is a very good example, where the extreme right is not at all interested in destroying welfare. The extreme right wants to curtail the social rights of people who are not native-born French while protecting and expanding those of the so-called “français de souche.” These different forms of exclusion are politically motivated by the idea that there is a limited amount of work in the world, and a limited amount of social services (including those that are delivered through public schooling) and that these social rights should go to native-born citizens first. And very often by native-born what´s really meant is white people. What needs defending right now is not just welfare, but an expansive idea of social protection that is endangered, on the one hand, by deep cuts in public and social spending and, on the other, by right-wing activists who cast the scramble for what is left of the social safety net in racist and exclusionary terms. They finger migrants as the primary source of Europe’s woes while remaining silent about global capitalism, neoliberal politics and the rapidly deepening inequalities between the super-wealthy and everyone else.

Website: Voluntary Associations, Families and the State, 1880s to the Present