Skip to content
I was never going to be silent again

“I was never going to be silent again”

Interview with Jennelle Gordon, founder of Beyond Freedom 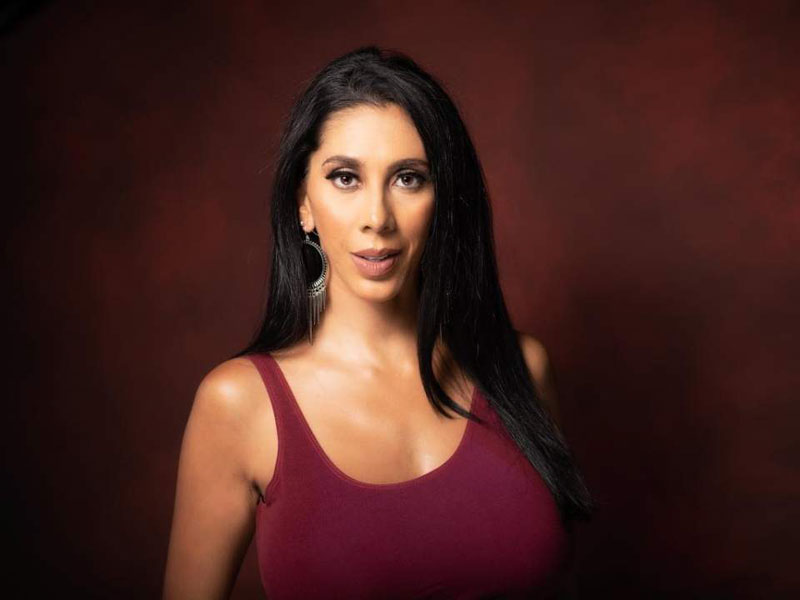 When you look at the definition of the United Nations Convention against Transnational Organized Crime you find a long list of what human trafficking is and means, but that is only words, a plain statement that explains not much. Human Trafficking is not “Recruitment, transportation, transfer, harbouring or receipt of persons” but it is the story of humans stripped of their humanity, the story of humans turned into products.

We talked to Jennelle Gordon, founder of Beyond Freedom, a non-profit dedicated to empowering victims of trafficking and educating the general public. Beyond Freedom is working to getting survivors the help they need. “We take a holistic approach to heal mentally, emotionally, sexually and spiritually”. Jennelle has a background in health, holistic nutrition, and yoga and she applies the knowledge to her work. The help does not end with healing, after all, healing is a process, and for many a lifelong one. The non-profit also helps the survivors starting a new life. “Once we´ve gotten them to a more stable state where the healing process has begun, we find out what it is they want to do.”

Whether it is going to college, or school, or starting their own business, Beyond Freedom, connects them with people who can help to achieve their goals. They work with the community, organizations, and companies and support the women with internships, as well as mentorships. “This is a process of taking a product and turning it into a whole person again”.

Is there friendship to be found a place of such martyrdom?

Jennelle´s journey was a long one. She was held in captivity for more than 10 years. Recalling her experiences, she told us, how she got lured in. “I was tricked by the finesse pimping type of traffickers, where I thought I was dating this individual and I was not, obviously.” There was no love, but instead control of money, power and a lot of abuse. “I was trafficked on a very high level for strip clubs in Las Vegas and Nevada.”

How many of the smiling, beautiful young women in such clubs are there because they enjoy displaying their bodies and how many are trafficked, held captive and have to endure abuse on a daily basis? This is not a question we aim to answer, but it is the kind of question, everyone who enters such an establishment should bear in mind.

We ask Jennelle about friendship.

I would not call them friendships. I would more call them crutches because in this state I was not capable of having friends. I didn´t find support during that time but I did find painkillers.

She found people who shared her fate and alleviated some of the pain.

When Jennelle got out the first time, it was not for very long. With the help of a dancer, she faked her death, but that was only the beginning of the end. She moved across the country, but eventually fell victim to another sex trafficker. “He was not as dangerous as the initial one, but I was still in that life for two or three more years.” Until five years ago Jennelle got out for good.

Her story of healing is also the story of creating Beyond Freedom.

Jennelle went back to school, after being out of higher education for almost 12 years. She joined a public speaking class and when she shared her story, it was in that moment, she realized two things. “One, I was never going to be silent again and two, I was going to be a voice for these women who had no voice and who had their voice stolen from them and had no idea how to find it .” After being freed, it took Jennelle several years to find her own voice, to heal, find confidence and the drive to help and be supportive of other women.

Her search for like-minded people, people who understand the need for Jennelle to tell her story and bring change, was not an easy one. She founded Beyond Freedom first as a club and from there it grew and “my passion and my desire and my momentum grew and I knew I wanted a non-profit.” She reached out to attorneys, but was rejected because she could not pay the high fees.

People did not sympathize. They did not even understand, I think. So I kept hitting doors.

Eventually, she found an attorney who agreed to do pro bono. “I came up with the legal fees by hosting yoga fundraises on campus and taking some of my own money which I did not have. Money that should have been used to pay rent but I just believed in this so much and in the impact it would have.”

The campus club grew into a non-profit and Jennelle grew into her potential. She says, there are many organizations that help victims to get out, but not so many who look after them once they got out. “I have an advantage point that other non-profits not have. That is, I have been there. I was that victim and so I know how to help that victim maybe even better than other non-profits.”

Jennelle is currently working on a book and a documentary to tell her story and the story of human trafficking. Nevertheless, she found the time to talk a while longer with Lacuna about how to raise awareness and take action.

Jennelle: The first step is to gain knowledge of what is happening. There are some excellent tools. There are documentaries on Netflix and other platforms which are done amazingly. It is a great way to start, you can do it at home, you don´t have to go anywhere. When people say they want to help I challenge them to see if they even watch a documentary, to see if they have a heart and then I give them another task to find out the human trafficking task force in their community because every large community will have them.

You can just contact me and talk about what you are interested in and I can help getting to be a part of the solution to ending human and sex trafficking in your community. It doesn´t matter what you do, there is always something you can do to be a part of the solution. Whether it is giving financially, whether it is hosting an event, offering your time, offering whatever it is you make or create to sell it for fundraising.

Reading this article makes you aware, too, and it creates a ripple effect at home and in your community. Knowledge is power, but more importantly, applied knowledge is power. What you know you can use to take action.

Jennelle: The number one thing is to look for isolation. It doesn´t mean the women sit in a corner all alone. But when they can´t be a part of activities or don´t talk much or say the same thing over and over like a recording then it is a sign. Another one is a when they suddenly get a lot of gifts, they usually didn´t have. In more extreme cases there are bruises, marks, tattoos. There are so many signs it is really hard to say one is an absolute.

Jennelle: Abuse for the women it differs from the type of scenario they are in. Just as trafficking is different for every woman. We have to get out of the mindset that all these women are abducted as in the movie “Taken”. At least that movie created some awareness, but in all honesty, it is really not like that at all. That is not the norm in the USA. I cannot speak about European countries. I was never trafficked in these countries, just the US and Hawaii. Fraud and force happen, but not as we see in the movie. So I think we need to move away from it.

The abuse I experienced was very traumatic. I experienced a lot of concussions and head trauma and branding. But for every woman is different, there are shootings, multiple beatings, whippings burnings, cigarette burns, rapes, you name it.

How to get out

Jennelle: I cannot speak for other women. Every woman, every survivor is different. For me, it was a mindset or mind shift. I didn´t know how much power I really had. I always thought I was weak, I always thought I was less than and I always thought I was not good enough. A cosmic divine alignment that put people in the right places, not relatives or friends, just angels and doors opening up for me that no human could just open. It was God. This was what helped me, too. But you can´t really give a blanket answer, but I will say having support and a system that works based in science and based in holistic intuitive healing and successful integration that I went through personally, that helps, too.